In my last series of cryptocurrency related products/services reviews I gave a positive review to the ApeSwap Exchange on the Binance Smart Chain which has continued to be a great exchange and live up to that review.

Today we will be reviewing the ViaBTC mining pool (for multiple cryptocurrencies and not just Bitcoin, lots of harder-to-find alts and that is why I’m using it) and they will not be so fortunate. Let’s jump right into it! I recently received my Bobcat 300 miner after months of waiting. Much of the advice I’d read/seen on the subject suggested to leave the hotspot alone and that it takes a very long time to sync.

This is true but it assumes you configured your network correctly first and have the correct port opened to the outside world. If it’s not it will take even longer to sync the blockchain and your hotspot will have a yellow “Relayed” status. This is slowing down your sync and will harm your rewards even when it finishes since your responses to challenges will be “relayed” and will often time out before they are relayed through other hotspots.

In this guide I’ll show you how to get your network configured correctly for your hotspot to sync as fast as possible and remove the “Relayed” status! In this article I’ll put together an evolving list of firmware adapters that can be fixed with these updates from my own experience as well as comments people have left over the years! The 1.17 Caves and Cliffs Part 1 version of Minecraft came out for vanilla very recently but until now the Paper Minecraft server was not available for it. This means that my Raspberry Pi Minecraft script was unable to run this version until now.

Today I checked https://papermc.io/api/v1/paper and sure enough 1.17 was finally in the version list so I updated the Raspberry Pi Minecraft server scripts and they are now available! Raspberry Pi not required, the script will work on most versions of Linux that have apt available. 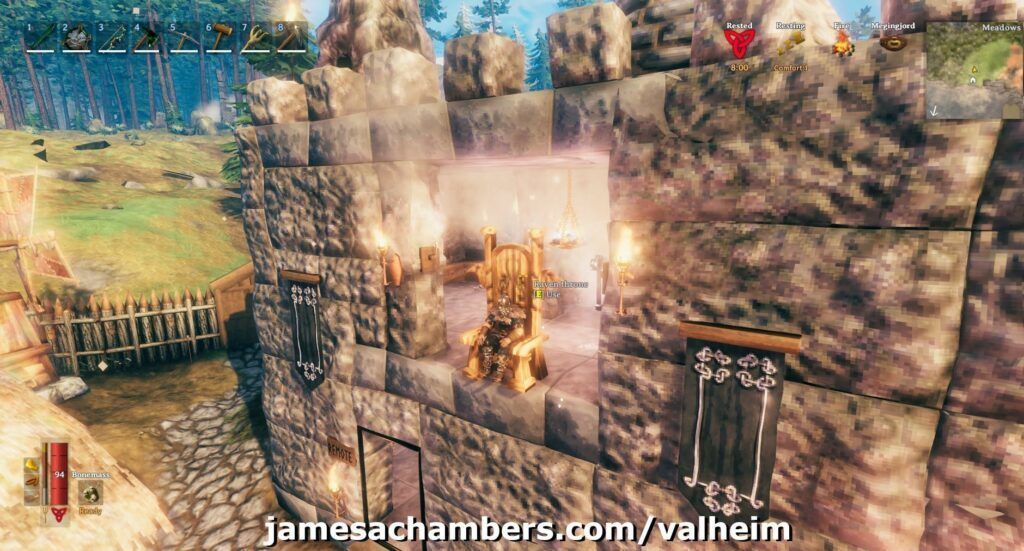 I’ve previously covered fixing Valheim’s dedicated server lag by modifying the dedicated server’s send receive limits. Since I wrote that article not long after launch though the game has been updated that the old method no longer applies. I had theorized in the comments of that article how to address this and today Sam R. confirmed that this method did indeed alleviate most congestion on the server in the places that the send/receive limits are known to bottleneck.

This updated guide will show some updated methods you can use to help reduce lag on your Valheim dedicated server!

You’ve likely heard in the news of someone paying a ridiculously large amount of money for something called a NFT (non-fungible token) such as $387,000 for a LeBron James NBA Top Shot moment, artwork from the hottest artists in the world who have been adopting NFT technology on a massive scale, and many more uses/offerings popping up every day. It’s definitely going to continue to be a huge driving force in the cryptocurrency market and there’s no way to put the genie back in the bottle.

You don’t have to have 400 grand to start playing with non-fungible tokens and learning more about them though. Today I’ll cover where to find (relatively) cheap NFTs on the Binance Smart Chain that I have picked up to learn more about them and exactly what they do! The OpenJDK 11 version that comes in Raspberry Pi OS’s apt repositories is ancient. It’s so old that recently people using my Minecraft Java Server for Raspberry Pi script have started getting a warning that Minecraft 1.17 will *not* support anything below OpenJDK 16.

In this article I’m going to share a sneaky trick to update your Java to a newer version than is available in apt using snapd. Let’s begin! This year I’ve been doing more with technology than ever and I wanted to build a workstation. As most of you probably know building a computer is an absolute nightmare right now. After navigating the process I figured I would share what I ended up building as it may give some people some ideas on how to complete their build. I also think the open frame builds turn out really cool and have some benefits I wanted to talk about as well.

This is a workstation grade build so it is not going to be cheap. Everything in the build (except for the GPU and you probably won’t want to pick that one anyway, but more on that later) is generally attainable at reasonable prices. Here’s what I ended up going with! I’ve had the original 900 mAh PiSugar UPS backup battery for the Raspberry Pi Zero for several years now and it’s an absolute game changer. With the wireless capabilities of the Raspberry Pi you have a completely portable and networked computer available that is extremely tiny. It’s much more capable than hooking it up to a power brick and is actually designed for the Raspberry Pi!

In this article I’ll cover how to set up a full UPS battery backup with several hours of available power using the the PiSugar as well as the PiSugar 2 and some of the shortcomings in the first version the 2nd revision fixes. Let’s get started! Extremely powerful hardware tends to be very loud. Enterprise servers, networking equipment, cryptocurrency miners are three major offenders. This type of equipment tends to have very small fans that rotate extremely fast and emit a high pitched “whine”. This is fine if you are stuffing all of your equipment in a closet somewhere but for some deployments and situations this isn’t always possible

There are extremely expensive racks that have sound dampening foam and other materials preinstalled for situations like this but they are extremely expensive (thousands vs . what we will be doing which only costs hundreds). In this article I’ll show you how I modified some (relatively) cheap racks available from Amazon with acoustic foam to reduce noise from ASIC cryptocurrency miners as well as other loud equipment

Hey AndyO, Absolutely! I think the problem is with your range. The range should basically be the t...
Raspberry Pi Minecraft Server Setup Script w/ Startup Service

hi sorry for my english i’m french. I have a little problem when I turn on my raspberry the se...
Raspberry Pi Minecraft Server Setup Script w/ Startup Service

Hey Yoan, Wow, I’m so relieved you were able to get it working and grateful to you for posting...